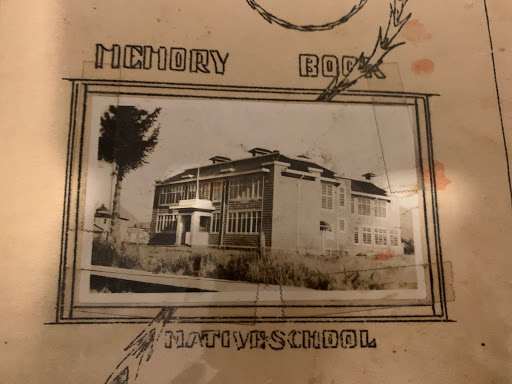 If you’re from Metlakatla, you likely already know of the Presbyterian Church and the amazing elders that work at the Church to keep it running. The UPW group (United Presbyterian Women) is always helping our small community in one way or another. I am proud to say that one of the elders that help run the Church is my grandmother, Joann Hayward. Joann is always there to help anyone that needs it. She is a strong independent lady that spends almost all of her time with her grandchildren. When she isn’t with her grandkids, she is most likely Baking or sewing.

Joann was born and raised in our small town, Metlakatla, Alaska. As a child, she always kept herself busy doing miscellaneous things. She would always be helping out her mother cook in the kitchen or clean the house. Back then, there was no head start building and there was no Kindergarten class, so she went to school from grades 1-12. She graduated from Metlakatla High School in 1962. When I asked her “What was school like for you and how do you think it’s changed over the years?”, she stated that when she went to school it was tremendously different then it is now. She went to school from 9 a.m to 4 p.m and her lunch was from 12 p.m. to 1 p.m. Joan’s house was just down the street from her School, so she would walk every morning. The school back then was only one building. The gym was upstairs and the classrooms were down stairs. There was no cafeteria, so during their hour lunch all students would have to go home to eat. Every single morning, their school nurse would give each student a spoonful of Culver oil. Joann described that they would have to lean their heads back and open their mouths wide so the nurse was able to give them the oil. There were barely any sports besides Basketball. Joan played basketball for about a year, then she hurt her knee and quit. Basketball was, and still is a big thing around here for a majority of the people here in Metlakatla.

There were not many activities to do back then. They didn’t have any electronics or fancy technology like we do now. Instead, almost everyone had house phones/landlines. When Joan would hangout with her friends, they would go to this hangout spot named ‘Uncle Ben’s Fountain Store’. This spot was widely popular for the younger kids/teenagers. They would go after school and on the weekends. For fun, her and her friends would put a nickel or a quarter in the JukeBox and have fun. The store was located where the ACE Hardware store is now located. There was another hangout spot that they would also occasionally go to named ‘Ken + Jeans’. They would do the same thing they would do at ‘Uncle Bens’, put a coin in the Jukebox and have fun spending time with each other. When they weren’t at their hangout spots, they would be walking “around the block”. Joan said that when they were walking, they would be able to fit under the boardwalk and they would occasionally find coins.

Joann always had something to do, whether it was putting up fish with her mom, walking the block with friends, or going to the town hangout spot. She described that each kid stayed in their own neighborhood block. No one ever crossed paths or went to the other side of town from where they weren’t. The only time the kids from different neighborhoods would see each other was at school. Joan never traveled when she was younger, but as she got older, got married, and had children  she started to. Back then, the only place you were really close to was Ketchikan. When Joann was getting close to being a teenager, she would travel to Ketchikan with her family to shop for shoes and clothes. Things like shoes and clothes back then were nowhere near as expensive as they are now. For example, the shoes that she would buy were $10.99 compared to most shoes now are $50 or more.

Joann was born and raised in Metlakatla, Alaska. She was born in 1944. She was given the nickname Punky. Her parents were originally from Metlakatla. She has three other siblings that she grew up with and many friends. She got married on September 28th, 1962 to Franklin Hayward. Joan and Frank met in Metlakatla where she was living. He was walking up from the breakwater while she was with her father and she said “Who’s that guy!?” He later asked her if she wanted to go to “Uncle Bens”, she agreed and they’ve been together ever since. Together they had four children. Which was three boys and one girl, Monte, Butch, Gwen, and Trennis. They grew up in a yellow house on the corner. While her children were growing up, she would use clothes lines to dry their laundry. Even though they had a washer and dryer, she preferred to wash her clothes then hang them outside on the line. 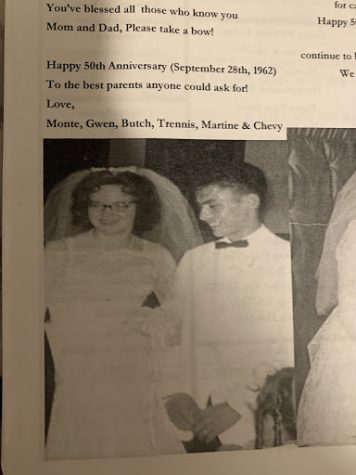 Now, Punky is always keeping busy with her 16 grandchildren and many great-grandchildren. Whenever you see her, she is most likely at the store with one of her grandkids or buying popsicles for everyone. She is always doing something in the kitchen, whether it’s baking, making her husband dinner, or preparing for a huge family dinner on the holidays. It is never a dull moment with her. She is always telling a story from when she was younger or making everyone laugh.