The Student Voice Network • May 20, 2022 • https://thestudentvoicenetwork.com/1684/uncategorized/crispr-cas-9-frankenstein-and-moral-considerations/ 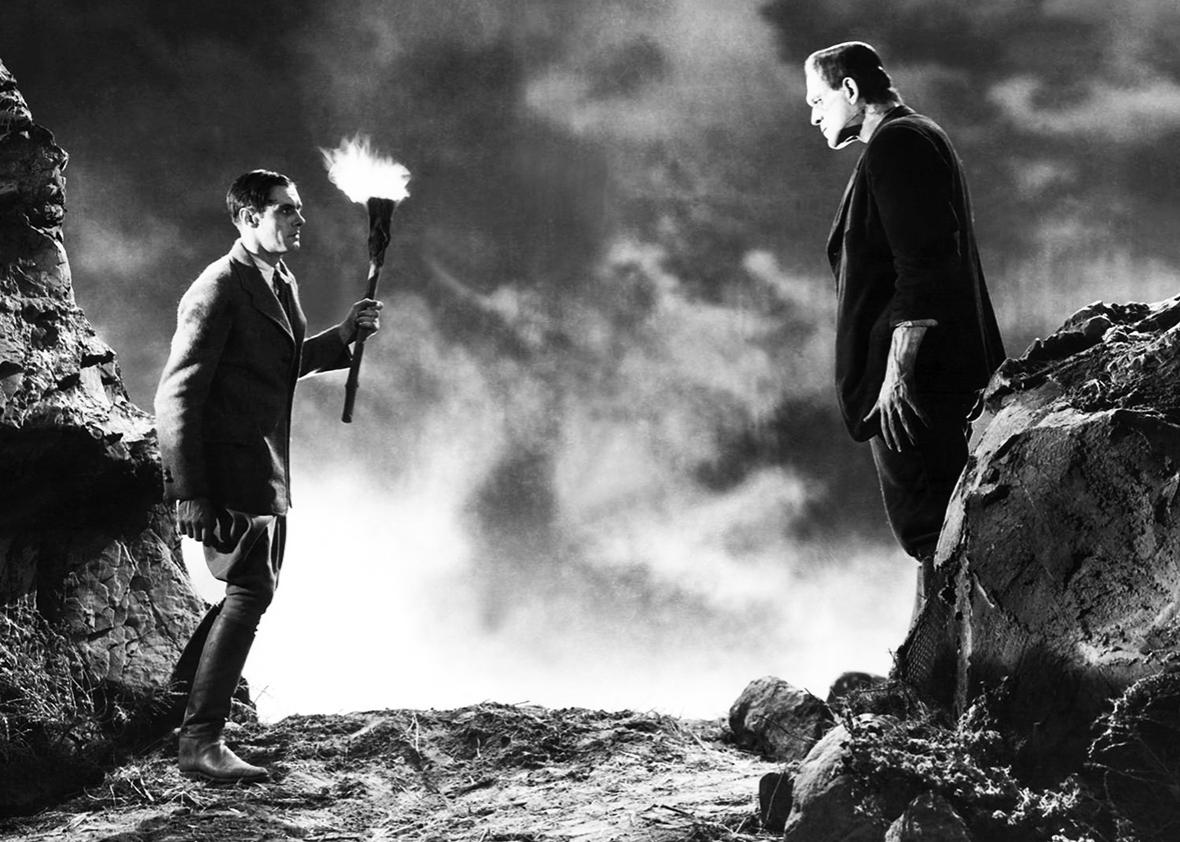 For years, scientists have been studying genes and how we can edit them to cure diseases. In 2015, a group of scientists at the University of California, Berkeley formulated the technology for Clustered Regularly Interspaced Short Palindromic Repeat Cas-9 ( CRISPRCas-9). This technology creates the possibility of eliminating all genetic diseases and might even make humans stronger and smarter. As we enter this territory of discovery that seems almost like science-fiction, we must consider the morality of technology that can transform human beings and possibly alter humanity. Mary Shelley’s Frankenstein, a novel that “broadened the emerging genre of science fiction” by “merging gothic and scientific motifs” (Griffin &Lobdel l 408) can serve as a cautionary tale that urges us to solve the moral conflicts that come with technological discoveries like CRISPR Cas-9.

Society has always been interested in discovery. The desire for knowledge is what drives us to keep exploring. Our continued interest in understanding genetics has allowed us to make great advancements. Selective breeding, cloning, and test-tube babies demonstrate our growing ability to harness what is the beginning of a new era in genetics. CRISPR-Cas9 represents a further advancement, which may soon be applicable to humans. Experiments we have seen so far show that this technology can help mice with Duchenne Muscular Dystrophy (a progressively fatal disease also found in humans) improve their performance on physical tests after receiving treatment. In this treatment, the guide RNA, CRISPR, finds the faulty dystrophin gene, and the Cas9 protein then cuts the defective gene out; after this, the DNA can heal and the mutation is cured. These CRISPR experiments suggest that genetic engineering can open up a world of possibilities. With continued exploration of genetic engineering, our future could be nearly free of disease.

In some instances, genetic engineering has already exceeded its theoretical possibilities. “This is certainly the case with  CRISPR Cas9, which researchers worldwide have used to genetically modify bacteria. This modification has many potential advantages. “Medical researchers have modified bacteria to produce human insulin, clotting factors for hemophilia, and human growth hormone, among other uses”( Gross 421). These successes indicate that with continued research, it is entirely possible that in the future we will be able to not only cure diseases, but to also modify humans to make our species better and stronger. But, Frankenstein reminds us: it is not safe to assume that having genetically altered humans will lead to a positive outcome. The elimination of human weakness will not inevitably lead to a better or happier world. In the novel, Victor Frankenstein brings his creation, The Wretch, to life; this endeavor opened up the possibility of eradicating death, but in the end, caused more harm than good.

In Frankenstein, The Wretch has superhuman abilities: he is stronger, faster, and smarter than human beings. But even though he is superior to humans, his appearance and the grotesque way he was created make him a monster, not a superior creation. He complains, “I am alone and miserable; man will not associate with me; but as deformed and horrible as myself would not deny herself to me” ( Shelley 155). The Wretch was alone in the world, abhorred by humanity.

The Wretch’s misery should serve as a caution. As we explore recent advancements in genetic engineering, we must be cognizant of the fact that their effects cannot all be positive. We must explore the negative sides of this new technology and consider how detrimental it can be. In other words, we must identify whether the risk is worth the reward. One ethical issue that we must consider is how – and whether – a  society will accept people with genetic alterations. While most of us welcome the idea of utilizing this technology for medical purposes, the possibility of some people being given significant advantages over others will not be as widely accepted by the public. Looking at The Wretch, from the moment he was created, he was viewed as a monster, even by his creator who admits: “Breathless horror and disgust filled my heart. Unable to endure the aspect of the being I had created (Shelley 59). Recent media expresses similar dislike for people who have enhanced their looks by plastic surgery. So as we consider an era of modernized humans entering the world, we must consider how society will treat them. We must also ask. Is this treatment fair?

In 2018, scientist He Jiankui claimed to have used CRISPR to make the first genome-edited babies. He “ impregnated a woman with embryos that had been edited to disable the genetic pathway HIV uses to infect cells” (Cyranoski & Ledford). His claims were met with outcries from other scientists because CRISPR is still quite developmental. Jiankui claimed to have edited the CCR5 gene, but others disputed the genes he altered. According to his critics, “some strains of HIV do not even use this protein to enter cells, they use another protein called CXCR4. Even people who are naturally CCR5-negative are not completely resistant to HIV because they could be infected by a CXCR4 strain” (ibid). Other critics argued that Jiankui potentially edited the genes of two perfectly healthy babies. This example raises some ethical concerns about CRISPR technology, and about genetic engineering as a whole, that must be considered. Jiankui did these experiments without permission from a medical board or the university he was working for, raising questions about who and where gene editing technology should be utilized. This ethical questioning has led other researchers to consider further ethical issues, and to make some basic rules for the use of CRISPR. These include, but are not limited to: fairness, respect for persons, and transparency.

Although bringing genetically modified babies into the world is different from creating an adult being out of reanimated body parts, we can still consider how CRISPR might affect Jiankui’s genome-edited babies by remembering how The Wretch felt. “Believe me, Frankenstein, I was benevolent; my soul glowed with love and humanity; but am I not alone, miserably alone? You, my creator, abhor me; what hope can I gather from your fellow creatures, who owe me nothing? They spurn and hate me”( Shelley, Chapter 10). The Wretch was brought into a world in which he was a horrid creature completely distinct from all of humanity. He was considered as capable of nothing but evil. Even though The Wretch had superior physical attributes and was able to quickly learn language and develop advanced emotions, his atypical appearance made him unworthy of compassion. We must remember that he did not ask to be brought into our cruel world and he only wanted empathy, especially from his creator.

As we observe CRISPR technology we must first ask ourselves: who should have access to it? Surely, we want to prevent parents from seeking help from unqualified scientists. We also want to prevent less fortunate families from being subjected to unfair experimentation. There must also be some measures in place to properly integrate people with modifications into society. Everyone should be accepting of others, but there will most likely be questions about fairness related to topics such as sports. In considering morality, the last important aspect we must focus on is what experimentation should be allowed.

As scientists delve further into discovery, and as ideas become realities, one must first step back and consider the possible outcomes. Boundaries must be created so that endeavors in discovery can remain within the realm of what is ethically and morally right. Frankenstein made great advancements, but his abysmal treatment of The Wretch had terrible consequences. Scientists must stay aware of stories like Frankenstein and consider whether our society is ready to experience such big changes to human life. In a world where one person has the possibility of creating big changes, each of us must try to ensure that our impact is a positive one.