The Importance of Athletes

How Professional Athletes Contribute to Society

Professional athletes are some of the wealthiest and most famous people in the world. With all of this glory and recognition, do they influence society in a beneficial way? Many people think that compared to doctors or teachers, they contribute almost nothing to help our society grow. However, professional athletes may impact the rest of the world more than we realize. They have kids look up to them, generate a sense of unity between a city, state, or country, allow the common person to take a break from their stressful lives, and much more.

Athletes provide some of the best role modeling for younger kids just with their platform. Growing up, many kids watch their favorite teams and players on television, dreaming to grow and be like them. The Denver Nuggets were my favorite team, and during the 2000’s, the Nuggets had a point guard named Ty Lawson. 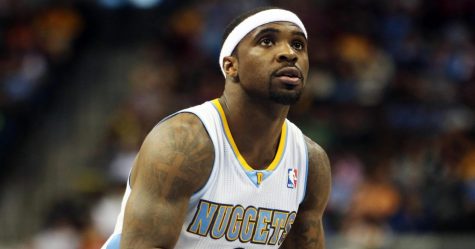 He was very short, couldn’t dunk, but he was one of the best players on the team. He was my favorite player, and I liked him because when I played basketball, I related to him. I was never the tallest player, but still found ways to contribute and even excel on my team. To this day, I continue to play basketball, and I am usually the smallest player on the court. Due to my admiration of Ty Lawson, I am always able to realize that I can have success in basketball.

There have been many small guards in the NBA that inspire kids like me to want to play basketball. Allen Iverson, one of the best point guards of all time, and was only 6 foot. Spud Webb was only 5’7”, and he won the dunk contest. All of these players provided kids like me the opportunity to play basketball despite not being the tallest or biggest.  All around the world, kids are becoming inspired by professional athletes in the same way.

Another example of the inspiration athletes bring to kids is Michael Jordan. As the 90’s started, Jordan was becoming the most known basketball player in the world. Kids all over the country idolized him. In 1992, the “Be Like Mike” commercial came out. The commercial was Michael Jordan playing basketball with a bunch of different people. He was playing with kids and adults, and boys and girls, The commercial promoted kids wanting to be like Jordan and being good at basketball. It made people realize that anyone could play basketball, no matter the circumstances. This caused a ripple effect, and many kids wanted to grow up to be like him and be involved in basketball.  Professional Athletes are some of the greatest reasons kids have such aspirations in life. Their services aren’t an immediate help to our community, but with their fame, success and recognition, they help young people have large goals in life. 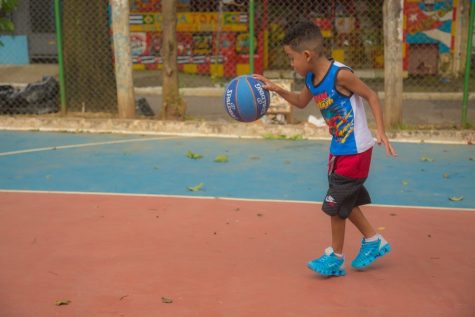 Not only do athletes have a good impact on kids, but they help bring all members of the community together. Any athlete that plays for a city, state, or country impacts the community that they represent. Every four years, the soccer world cup happens. When that time comes around, the people within countries put aside their differences, and come together to cheer on their team. In Europe and Latin America especially, almost everybody watches every game that their team plays in. One soccer match brings people together in a way that almost nothing else can. Even on a smaller scale, sports teams can provide a great sense of community. In every stadium or field, everyone has one thing in common. Apart from the visiting team fans, every single person is cheering for the same team. Nobody cares about anything except for the home team. People make friendships just because they share their love for the team they are rooting for. In every part of the world, sports teams and the athletes can turn their communities into a family. 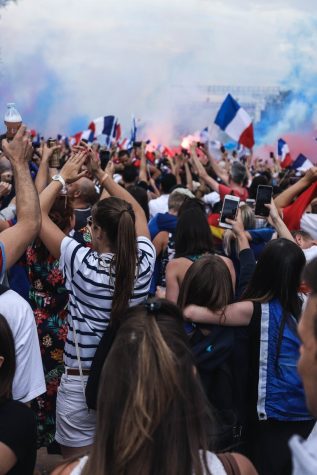 Many people need sports in order to relax and distract themselves from everyday life. Almost  look forward to coming home after a long day, and turning on the television. For many, that is where sports come into play. Many people turn on the TV to watch all kinds of sports. During the week, people tune into basketball, baseball, and hockey. On the weekends, we have football. Every single night there needs to be a game in order for people to relax.

Not only do people watch sports for relaxation, but also for the distraction it brings. An average sports game has lots of drama, including happy moments and disappointing moments. People become so engulfed in their team that they let the game control their emotions greatly. However, in the big picture, whether a team wins or loses, it doesn’t affect the spectator. We need this in order to take a break from the reality of everyday life and focus our energy towards something that has no effect on our lives. Without these sports teams, and the players on the field, there would be an influential part of lives missing.

When COVID-19 hit America, everyone was stuck in their homes, and there were limited things for people to do. However, as quarantine went on, athletes began to find ways people could find entertainment in live sports. One of the first events that was put on was The Match. It featured Tiger Woods, Phil Mickelson, Peyton Manning, and Tom Brady in a charity golf match. This was a huge success. It was not only a live sporting event for people to watch, but also provided charity for COVID relief efforts. In late spring and early summer other events were put on similar to The Match including:

Without these famous athletes, none of these charitable events would’ve happened. Even with a Pandemic hitting, professional athletes provided us with some entertainment while helping with COVID at the same time.

One of the biggest ways some athletes give back to their communities is through their donations. Lebron James, one of the richest and famous athletes in the world does great things with his money. His Lebron James Family Foundation created the I-Promise school, which is a school in Akron, Ohio that is completely paid for by Lebron. He built the school, provides food, transportation, and other benefits to the kids and their familes. To add on, he gives every student free tuition to the University of Akron. This kind of generosity shows how athletes contribute to society. There are many great effects when someone like Lebron with his large platform and skill does good for the community. Lebron is not alone, many athletes have big foundations and charity organizations. These are some of the most important charities that are funded by athletes:

Many people see professional sports as a waste of money, and not necessary for helping the general public. In reality, it is quite the opposite as athletes contribute to the world at large with their platform, their money, and their voice in society.