The Press Says That I am a Monster and a Menace 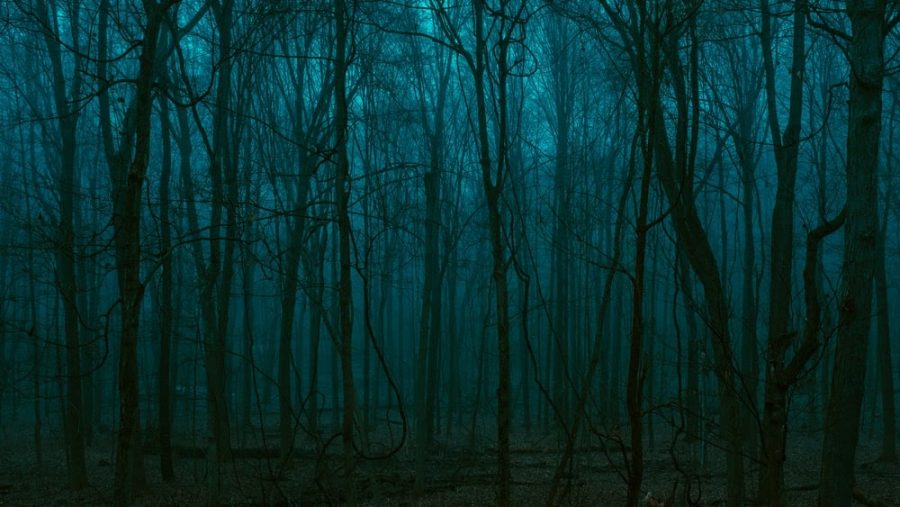 From the depths of the pond, she felt herself drowning. Water was rapidly filling her lungs, “How long have I been out?” She thought. It didn’t matter. She just had to keep swimming up. Once she finally reached the surface, she sputtered and tried to find the edge of the pond. Seeing a little bit of light coming from the west, she swam. Turning, she swam towards it as quickly as she could. She was breathing hard and coughing in an effort to get the water out of her lungs. An urge from the depths of her mind pushed her to keep moving. Thick trees and bushes lining the forest floor met with the edge of the pond. Soon, her foot hit the bottom of the pond, and she quickly scrambled out, pants catching on the brush. A quick and clumsy yank freed her pants from the grasp of the bush. There was a loud ringing in her ears, and she couldn’t hear anything else, but she saw the red and blue lights of a police car behind her. A warning that pushed her forward once again. As she ran through the thick trees and brush, she felt a twig snap underneath her feet and saw small animals rustling in the bushes around her. It was dark, and she could barely see the ground in front of her, much less any obstacles that would stop her from getting any further away. The air smelled of pollution, or was it gas? She tasted dead fish and iron on her tongue. It must have been raining, too, because the ground felt slippery underneath her shoes. Every once in a while, while running, she would slip a little bit in the mud.

The ringing in her ears quieted down a bit, and she could hear faint sounds coming from behind her not too far off. They were people. Looking behind her, she could still see the red and blue lights shining through the trees “I must not be running as fast as I think.” A thought in the back of her mind worried. Even though she was no longer drowning, she was finding it hard to breathe. She became more and more panicked about the people behind her or if she would be able to escape. Again, she looked behind her at the lights, not noticing the fallen tree in front of her. It was old and rotting, but it would still make an impact if she hit it. She was still looking behind her when she made contact with the fallen tree. It hit her shin, and she heard a crack, feeling pain as her head hit the ground.

It had been a while since she had felt so clean, safe, and warm. She felt well-rested also. That was the best sleep she has had in months. The linens around her were warm. She was also wearing a comfortable gown. Her stomach didn’t feel empty anymore either. It was like she had drunk warm soup or tea. Machines were beeping all around her, but she couldn’t tell what was happening. As her eyes fluttered open, she smiled. She felt content. Almost immediately, her father ran over to her. She hadn’t even noticed that there were people in the room with her. After seeing a nurse taking notes in the corner, she tried to speak. Coughing came out instead of words. Her throat felt raw, “But from what?” She asked herself. The nurse looked over but did not seem too worried about her coughing fit. She looked to her father, who was crouching by her side. He had been crying, his eyes were red, and trails of salt ran down his cheeks. She suddenly had a thought, “Is Mom here?” She croaked out. As she looked up to her father, he placed a hand on her head and gave her a sad look.

Old memories flooded her head. It was her mother, who had just stood up. She was yelling and crying, and so was her father. A later memory popped up of her mother again. The loud slam of the door behind her as she ran out. Her father didn’t run after her, “Why didn’t he go after her?” She thought as tears pricked at the corners of her eyes.

She was snapped out of her thoughts by the hand on her head pulling away. She looked up to her father again, then followed his line of sight. The feeling of being on a cloud suddenly came crashing down. It felt like time had stopped. She could finally hear all the sounds in the hospital, and she could smell the strong scent of sanitizer that most likely filled the whole hospital. Her father was looking at a man. The man, who looked evil to her, wore a brown suit and a dark red tie. His hair was short, which accentuated his sharp features and dull gaze. She had the feeling that something horrible was happening, but she couldn’t think of what. The evil-looking man opened up a briefcase that she had not even noticed and pulled out some papers. The man handed them to her father. Without making a sound, he took them and put them on a table near the hospital bed. She was confused, but she stayed silent. It felt wrong to speak in the presence of the evil man. Finally, he looked her in the eyes. Even his eyes looked empty, and she couldn’t see his pupils at all.  His whole iris was a deep brown color. And with a voice that she could only describe as cold and dead, he said, “Maeve Sutherland, you are under arrest for three counts of vehicular manslaughter and fleeing the scene of a crime. Your friends that were in the car are dead.” Maeve felt her heart stop.