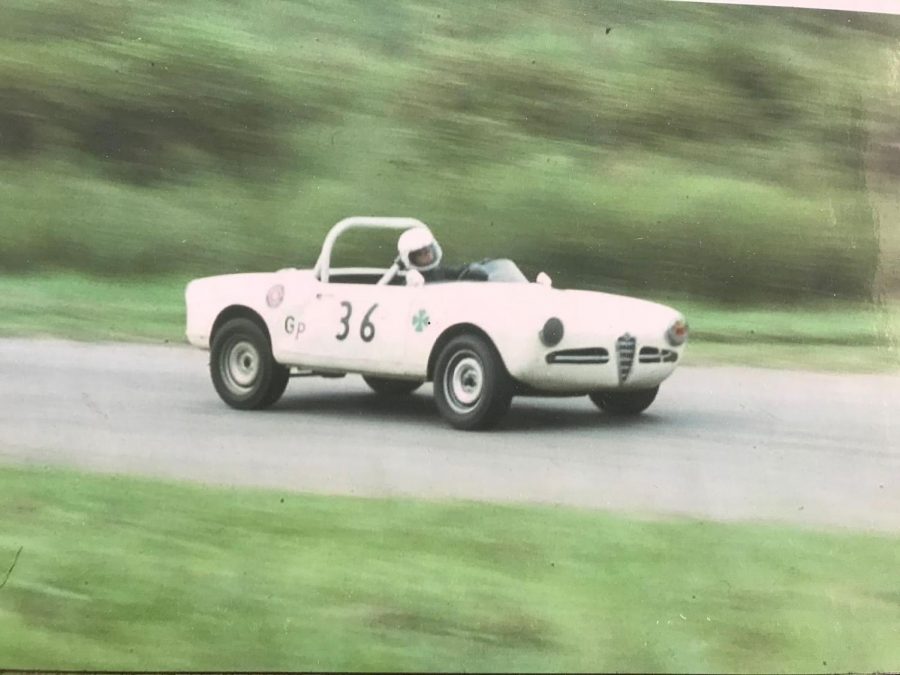 Racing car driving started in 1894 and has been fueled ever since by human’s desire to go faster. It’s one the most exhilarating and exciting things a human can do. It’s also one of the most dangerous sports a human can participate in and yet we are all so drawn into it.

There have been many great race car company’s over the past century, one of which being Alfa Romeo. Alfa Romeo’s were very popular race cars back in the like 60’s through the 80’s. One of the more well known all around cars was the Guila. The Guila was a 4 speed manual sports car that was known for gripping the track at high speeds and being quick around the turns.

Racing runs pretty deep in my family starting with my grandfather, Douglas McCaig,racing Alfa Romeo Gulia’s and Guilietta’s for many years. He owned a total of 7 Alfa’s during his career all of them being Gulia’s and Guillietta’s. He describes his racing days as “Awe Inspiring” and a “experience like no other.” 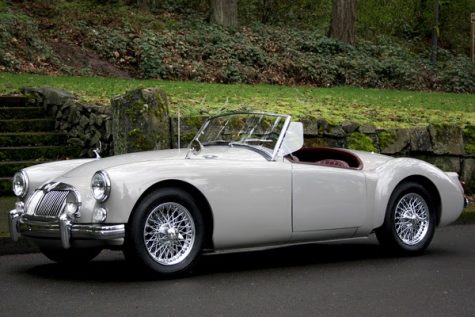 My Grandfather’s interest in racing originally started with his interest in sports cars and how they worked. He was oddly introduced to them in a model airplane class while being a sophomore in high school. One of his buddy’s invited him to the “12 hours of Sebring” which was where his interest in racing stemmed from. Not long after that he Bought his first sports car which was an MG A. Another important point in his curiosity for racing and sports cars occurred while visiting the Ferrari and Maserati factories which were both based in Modena Italy as well as witnessing one of the most famous races of all time, the 1963 24 hours of Le Man. 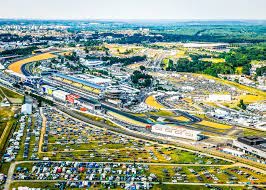 At Duke University My Grandfather and a few of his classmates started a sports car club where the members would compete against each other in Gymkhana as well as Rally events. Gymkhana events were set up in huge empty parking lots with cones to mark the course. The objective was to see who could get the fastest time. After Graduating from Duke UniversityDouglas McCaig moved to Richmond Virginia where he became a flag marshal and recorded lap times at Virginia International Raceway outside of Danville, Virginia. After working at the raceway for a year he decided that he couldn’t stand and watch anymore and wanted to actually be out on the track racing against others. 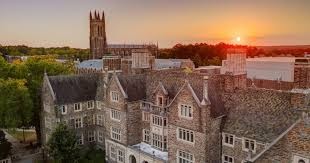 He attended many different driving schools around the East coast including some in Richmond and Danville as well as another in Sebring Florida. At these schools he mastered many skills including one of most interesting: matching the RPM’s of the engine to the speed of the axle while downshifting (rev matching) which allows for you to always have power when exiting turns. With Rev Matching you’re Basically you’re able to climb to high speeds faster when coming out of turns. This is a very tricky skill to master and is very important in racing due to the fact that it is easy to lose time around turns.

After completing all of his driving courses, he purchased his next Alfa Romeo which was a white Guillieta converted to a race car. When I say convert I mean that he took a stock Guillieta and took off the roof, windows/windshield, took out everything that was heavy or unnecessary, and lastly, tuned the engine for a high horsepower output. 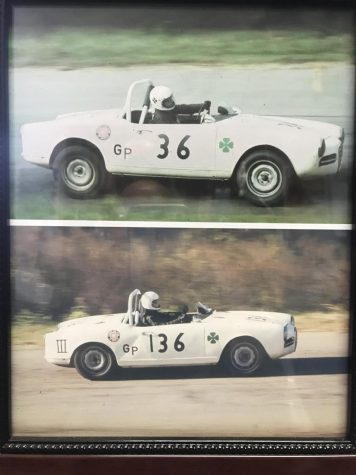 His first race was at Virginia International Raceway where he finished within the top 10 cars. My Grandfather at the time raced as what is known as an independent. An independent is someone that supplies their own car, works on their car, basically they control everything revolving around their car and themselves. Douglas McCaig had a degree in electrical engineering and had plenty of mechanical engineering experience so working on his cars was also another highlight of racing.

Racing in the mid 60’s all the way through the 2000’s was extremely dangerous as the only safety measures were usually a roll cage, fireproof suit, and a helmet. Other than that it was just you and the car. While racing is still extremely dangerous in modern day racing the technology and safety measures have advanced dramatically over the past decade making racing significantly safer than it was 50 years ago. 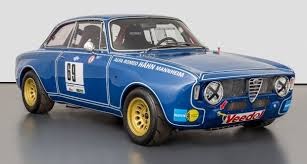 Douglas McCaig raced against large car brands including MG, Auston Healey, Triumph and even Corvette and Ford. He only raced Alfa Romeo’s due to how fun they were to drive. Personally my favorite Alfa Romeo he owned was a 1970 Giulia Sprint GT. He raced for over 18  years and sadly was forced to quit by my grandmother due to having a family of 3 children that needed they’re father at home and out of danger.

Nevertheless the exhilarating feeling of being on the edge and yet in total control of the car is what my grandfather loved about racing and driving in general. If there’s anything I really took away while listening to him tell these stories was that he didn’t get into racing because he wanted to win, he raced because he loved the art of driving.